This fully functional Imperial Russian Maxim bears Imperial Russian markings, including the year it was manufactured (1915) and serial number. The water jacket also has the Imperial Russian eagle. The trunnion, nose cap, and bottom plate are all steel. The top cover indicates the conversion to 8mm Mauser by Germans with a large steel “S”. The barrel also bears a Nazi eagle proof mark and the muzzle booster assembly is also German. This particular Maxim is featured in “The Devil’s Paintbrush” by Dolf Goldsmith. 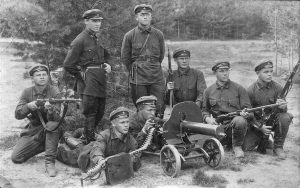 Maxim’s machine gun model 1910 was adopted in 1910 and while it was based on the original Maxim (recoil operated, water-cooled), it was russian maximchambered for the standard Russian 7.62x54mmR rifle cartridge. This heavy machine gun (139.6lbs) was on a wheel mount with a gun shield. It was used by the Imperial Russian Army during World War I, and by the Red Army during the Russian Civil War and World War II.

The Model 1910 Maxim was also the inspiration for a few other Russian made machine guns. In the 1920’s the light machine guns the Soviet army was using were becoming outdated, and in 1923 an emergency program was started for the production of a light machine gun in 7.62x54mmR. In 1925, the Maxim-Tokarev, based on the Maxim M1910 was adopted as the first domestic Soviet light machine gun. The Maxim’s water jacket was replaced by a thin perforated steel jacket, the barrel was shortened, the spade grips were replaced with a rifle stock, the thumb-trigger was replaced by a rifle-type trigger, and a folding bipod was attached to the barrel jacket. The canvas-belt feed system remained the same as on the Maxim. In 1926 the Soviets designed an air-cooled version of the M1910 Maxim (PV-1) for mounting on aircraft, and it was adopted into service in 1928. 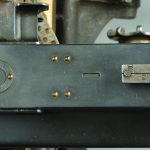 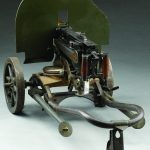 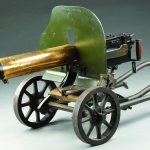 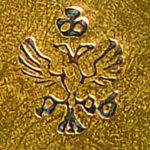 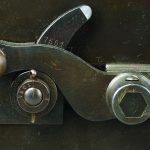 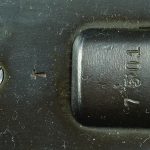 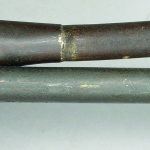